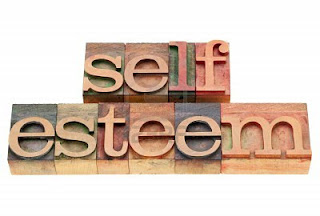 My students just turned in their first round of journals. Reading student journals is always an enlightening and often emotional experience. Sometimes what students write about themselves is just so honest it hurts.

My class is a remedial level class, so I am accustomed to dealing with those who have difficulty reading and writing. It's not uncommon to discover an undiagnosed learning disability such as dyslexia. Working with these such students is not for everyone, but it is exactly what I love to do. So much of the job is not a matter of subjects and verbs but of self-esteem, study skills, and a sense of caring. Students having been told that they aren't smart enough and aren't good enough to succeed and be worth of success is an all too common refrain.

One student in the class came with a special note from student services that he has a learning disability and that certain accommodations were approved to help him with his studies. The student and I briefly discussed the matter one day after class, and I told him that any time he needed assistance to let me know and we'd make it happen. Since the first day he's been quiet and polite, always on task, and with grades in the middle of the pack. When I came across his journal, I was curious to see how his writing would play out. I was surprised. Though there were bobbles, there was also a voice. The writing was more clear and coherent than several students' who have not been diagnosed with a learning disability. And one of the points that the student made loud and clear was that he was embarrassed by his disability, that it was one more thing that made him feel not good enough. He worried if he was even smart enough to be in college. He said he felt like the weak link in his family and that he'd grown up without a strong male role model. He said he wanted to use his interest in wresting to start a youth wrestling program for kids in grades 3-6 to help keep them out of trouble because where he came from gangs were a problem. He said he wanted to be the role model to these kids that he'd never had.

I wanted to kick somebody. Who could be held responsible for this kid, this charming, well-spoken kid—he even used the word horrid to describe his skills—not believing in himself? Who didn't do their job? Who let him down? In a word—adults. We have a responsibility to encourage kids to believe that with hard work they are indeed capable of doing anything in the world. It's not a matter of undeserved praise and false coddling. It's a matter of pushing them to see that they have the power to be what they want to be. It's a matter of giving them the support they need to grow. It's a matter of celebrating successes and failures and what the experiences can teach.

The unfairness of the world makes me so angry. My choice is to respond with as much love and compassion as I can muster. I do not delude myself into thinking that I can undo the past; however, I am intent to affect the present. If nothing else, this kid will know that I'm in his corner. He will know that I do not think him stupid, or not good enough, or not able to succeed. He will know that, in my eyes, he has all the potential in the world.
- September 14, 2011