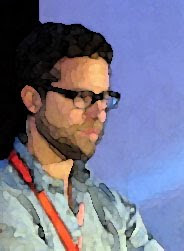 There's something to be said for those ubiquitous, out-of-date and well-thumbed magazines littering doctors' waiting rooms. One recent afternoon, I stumbled across a fascinating article in the October 2010 edition of Smithsonian about a law professor turned art historian who is teaching New York cops the arts of perception and description using great works of art. In short, classes of cops gathered at the Metropolitan Museum of Art and were asked to describe portraits without ever using the words "obviously" and "clearly"—two words that instructor Amy Herman says are too often used when a situation is anything but. What may be obvious or perfectly clear to one person may not be to another. Officers also were not allowed to point in the direction of what they described. The location had to become part of the overall description. The power of the class is summarized in a quote from Lt. Dan Hollywood who works a grand larceny task force. "Instead of telling my people that the guy who keeps looking into one parked car after another is dressed in black," he said, "I might say he's wearing a black wool hat, a black leather coat with black fur trim, a black hoodie sweatshirt and Timberlands."

Working with cops is a natural outgrowth of Herman's initial course in perception and description taught to an entirely different but no less important group—medical students. The power of description, though often subjective, can make all the difference in understanding a situation, what has happened, and what needs to happen. I can speak only as a patient, but contemplate the different conclusions drawn upon the following two descriptions: 1) My stomach hurts. 2) I have an excruciatingly sharp and unrelenting pain in the upper right side of my abdomen just underneath the rib line; this is the most severe pain I have ever felt. Which description will lead chewing some Tums? Which description will lead to an X-ray and discovery of a gastric rupture?

Effectively and clearly communicating with doctors is one of the best things a patient can do to improve the doctor-patient relationship and provide doctors with the information needed to best provide care. Doctors can do amazing things, but they are not psychic. Excluding situations in which the injury is obvious—say a broken arm—a doctor cannot simply look at a patient and determine everything and exactly what is wrong. That's why doctors ask questions. They're not interrogating or judging—they're getting information. How well a patient provides information can have a direct impact on his or her care. How well a doctor can relay that information to another doctor impacts how doctors communicate about patients and their care and how doctors may learn from one another, regardless of age, stature, and education.

In my English classes, I use a variation of Herman's method to teach students how to use adjectives and adverbs. Starting with the sentence "The tree fell," I ask students what they picture. Is the tree a dogwood sapling or an ancient oak? Did the tree come up at the roots or did it crack at the trunk? Did the tree crash down in the middle of the night, collapse in a snowstorm, or blow over in a hurricane? Did the tree fall on the house or out in the field? The point is not to encourage flowery and verbose writing, it is to teach students that if they want their reader to see what they see in their mind's eye, they must first tell their reader what to see.

The lesson gets to the heart of Jay Parkinson's talk at the Medicine 2.0 Conference at Stanford University. "The medical culture just isn't uncreative, it's almost anti-creative," Parkinson said. Parkinson is a doctor who graduated from Penn did residencies at St. Vincent's and Johns Hopkins. He also is creator of Hello Health, a cross between a social network and an electronic medical record, and the design firm Future Well. He believes that solving problems in the healthcare system isn't necessarily a matter of technology or funding or any other linear solution. To change the system one must change the culture. To change the culture, doctors must be taught to do more than regurgitate facts. They must embrace creativity, which in turn leads to innovation.

Parkinson discovered his own talent for photography while in residency. Not only was he good at it—Rolling Stone is one place to find his work—but photography provided him an outlet for expression. Parkinson advocates med schools teaming up with design schools and business schools to get creative juices flowing and give med students something to dream about outside their immediate field. If that's what it takes to make creativity part of the med school curriculum, so be it; however, creative outlets need not become major endeavors that spawn second incomes, and one need not even be good at his or her creative outlet of choice. The point is in the doing of it. One may bake—and bake badly—but the experience is still there, and if it is a passion, then experimenting and learning will occur so that in the end one has not just a satisfactory experience but a satisfactory product as well. "If you're going to innovate, you have to be wrong a lot," Parkinson says. Innovation itself may take on different forms from creating a brand new flavor combination for extraordinary cookies to a new surgical technique.

Those who engage in these creative endeavors are the ones who are the future of medicine, Parkinson says. "It's sad to me that medical schools look for the highest GPAs, the best med/MCAT scores, the people that can brown nose their way to the top," he says. "Those aren't good doctors, I'll tell you that much—it's the people who are well rounded, who are leaders, who have the courage to think differently and inspire us all."
- September 29, 2011