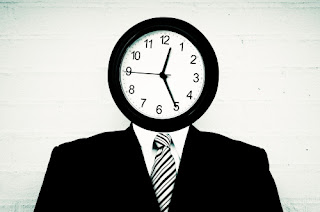 In short — I found out today that the deadline to send the magazine to press is not a week away; it is two days away. How do I—the editor—miss such a relevant piece of information? There was a failure to communicate, which is particularly ironic given that we are in the business of communicating, so instead of blogging, I must go write the things for which I am paid.

Deadline and DC Comics
The man who became the master assassin called Deadline started of as a small time hitman for one of America's organized crime families.