Waesuck Wednesday: Back to School Edition 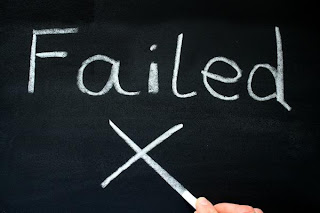 I have just learned a new word that is too awesome not to share and to which I must dedicate a weekly blog post—waesuck. It's the 50 cent vocabulary word that sounds like slang and will earn you a lot of points in Scrabble. Waesuck is an interjection of Scottish origin, which derives from the words Scot "wae" meaning woe and "sucks," an alteration of sakes, and can be interpreted as cause for woe or an expression of pity. It's pronounced exactly as it looks—way suck—making it an especially useful term in our current times.

Waesuck Wednesday offers up two options—all things Scottish or things that are epic fails. Scotland is nice and all, and right now they're sure glad they aren't England, but epic fails sound much more fun to feature than kilts and haggis. And so without further to do, I bring you Waesuck Wednesday: Back to School Edition.

Textbooks Riddled with Errors
A panel of historians found an "appalling" number of factual errors in a fourth-grade history textbook used in many Virginia school districts. "The textbook was originally reviewed by three grade-school teachers," not by trained academics, department spokesman Charles Pyle said.

I "Like" You - Facebook and Student/Teacher Relationships
"Last month, Missouri passed a law designed to prevent any extracurricular poking between teachers and students. It specifies that teachers “cannot have a nonwork-related website that allows exclusive access with a current or former student,” thus banning teachers and students from being friends on Facebook — and even, depending on how this is interpreted, banning teachers from having Facebook accounts at all."

When Educators Cheat
"State education officials' examination of erasures on answer sheets found suspicious numbers of wrong-to-right corrections on the 2009 CRCT in 58 Atlanta schools, far more than in any other Georgia district."

Email ThisBlogThis!Share to TwitterShare to FacebookShare to Pinterest
Labels: writing