A Book From a Bucket 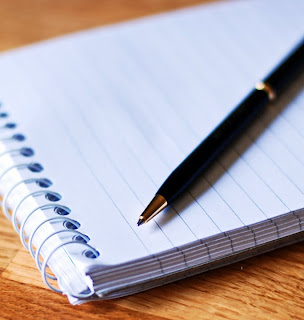 When one makes a bucket list does he or she put the items on that list in the proverbial bucket once they have been accomplished or take them out? Does the list exist purely independently of the bucket? Or is the list written on the bucket, each item diligently crossed out with a stringent smelling, black permanent marker, and that bucket, once satisfactorily blackened, then kicked into the afterlife oblivion?

I first began writing my bucket list in June following yet another round of surgery. My stomach had ruptured seemingly on its own, which caused the doctors to be concerned that the event was the latest symptom in my troubled vascular history. I decided it was time to meet with a doctor who specializes in the disease it seems most likely that I have but have not yet been officially diagnosed with — fibromuscular dysplasia. My appointment is on Aug. 3.

Since writing the first 30-item bucket list, I have added six more tasks to accomplish; however, I admit that four of those six items were put the list simply so that I could say that I've already done them: Make my parents proud; Be in love and loved by a man who brings out the best in me; Be passionate about something and share that joy with someone else; Be true to myself. And while I am no closer to doing the number one thing on my list — pet a tiger — I have made a decision to bring me closer to items number two - get more than a magazine article published, preferably a book - and three - write a book.

By January 2012 I will have accomplished item 26 on the list — finish my master's degree — which will free up some time to do other things. With this time, and an official diagnosis, I feel that it will be the time begin work on a book. Doing so will in turn help knock out items 22 — raise awareness of whatever disease I am finally diagnosed with (all signs point to Intimal Fibromuscular Dysplasia), 23 - participate in research to help with the diagnosis of my disease, and 24 - help teach other patients how to be good patients who are proactive and involved in their healthcare. Consequently, I have begun a search for subjects to interview.

Doctors or nurses willing to go on record about their experiences with patient care.

People who have been patients within a hospital setting or been seen by several doctors for one condition and are willing to go on record about their experiences.

People who have been patients within a hospital setting or been seen by several doctors for one condition and are willing to go on record about their experiences - AND - can get their doctors to talk about their case.

If you or someone you know fits into one of these categories, please contact me. Not all those who respond will be interviewed and not all of those interviewed will be included. My focus is narrow, though my hope abounds.
- July 14, 2011