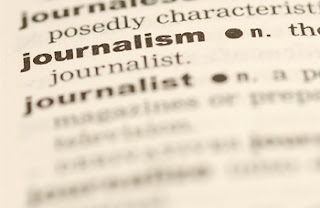 A recent graduate contacted me with a few questions about how I came to be where I am in my career. The questions gave me cause to think, and I felt compelled to share my answers so that any other young writers out there may glean what they will from my words.

1) How did you begin your writing career? Did you study journalism?

My writing career has been in the works since I first learned how to read. I’ve always been an avid storyteller, and the state’s former poet laureate, Kathryn Stripling Byer, commended my writing even when I was in kindergarten. There’s never been anything else I’ve wanted to do. I was always in the program for academically gifted students, and my teachers greatly encouraged my reading and writing skills throughout. In high school, my AG placement continued. I had three amazing teachers (one I had for two years). I joined the yearbook staff my junior year and was editor my senior year. We finished early — and turned a profit for the first time ever — so I used the spare time to do a literary and art journal for the school. My experience with yearbook actually turned me toward graphic design in college. I’d always written and wanted a different skill set. I went to the University of North Carolina-Chapel Hill, and my overall major was indeed journalism, though my concentration was in graphic design, and my outside concentration was in political science. While at Chapel Hill, I worked for The Daily Tar Heel. I began as a writer on the arts desk, quickly became assistant desk editor, then desk editor, then I was managing editor of the paper as a whole. Also, I spent summers (even before starting college) interning in three offices of public relations, which both kept me on as a writer during the school year for occasional projects. After graduation, I took a job as a general assignment reporter in South Carolina. Frankly, it was hell; however, I do not regret doing it. Every budding reporter needs to get a few good threats from readers under his or her belt. My first two weeks on the job I got to cover a murder trial in which the defendant was accused of killing his girlfriend in a drug-induced rage. He blamed four young black men. The girlfriend had been stabbed in the face and neck 27 times, though each of three wounds would have each been fatal alone. Good times. I lasted nine months, quit on my birthday, didn’t have another job lined up, and asked my parents for three months rent on the promise that if I didn’t find a job in that amount of time, I was coming home.

2) How did you begin working with the magazine?

Another company owned the magazine until about three years ago, when the newspaper company I was with at the time bought it. I had been with the newspaper company since 2003 (the job I found after quitting in SC). I began as a reporter covering two counties, one of which was the county in which I had grown up. The newspaper's format is different from a “community” paper in that it is a news magazine. It doesn’t cover local sports or who grew the biggest zucchini or obits or crime. It focused on regional issues, and reporters do much more in-depth stories than would ever be found in a more traditional paper. It was this format that attracted me to the newspaper. I did the reporter gig for about two years and then moved up to a newly created position of Special Sections Editor, in which I oversaw all the editorial content and production of our contract publications. The newspaper could be described as more of a publishing house since the newspaper is just one of the many (MANY) things we do. Such publications help pay the bills since print overall is declining. Companies need to be like any good stock portfolio — diversified. The Special Sections Editor job also allowed me more flexibility with my schedule and got me off the road a bit. (No more late night commissioners’ meetings – yay!) In 2005 my health had taken a bit of a turn and, long-story short, I had triple bypass surgery. All was well, until May 2008 when I had a stroke at work and on press day no less. Fear not — my health issues are not a result of my job. I was out of work completely for about six months, during which time my job was phased out. The newspaper was able to give me some part-time work while I recovered, and I was able to return to an office of public relations for some part-time work as well. Never one to be down and out, I used the employment gap to finally go to grad school. In January 2009, I enrolled at the University of North Carolina-Asheville where they have a Master of Liberal Arts degree. Most of 2009 was spent working part-time and recovering from various things. I had my left kidney removed in September 2009 and three brain aneurysms repaired in December 2009. Somewhere in there I came on as an associate editor for the magazine. By late 2010, I was doing a majority of the work for the magazine, and in December was named managing editor. It is one that requires much business acumen in addition to traditional writing and editing skills. My tenure has marked the magazine’s increase from four issues a year to six, and I’m glad to say that we’re turning a profit.

3) I read on the author-bio page of the magazine website that you have recently begun teaching remedial English. I went to a liberal arts college and have experience teaching and tutoring as well. Do you recommend supporting yourself with another career to supplement writing, or have you found that this is a good way to gain “processing” time in between articles?

The honest answer about teaching is that after my stroke there was a period of time in which we did not know if I would ever be able to return to my previous line of work or work at all. I went back to school because I had the time and to force my brain and body to work rather than atrophy. My end goal with the master’s degree was to become eligible to teach full-time at the college level; however, I was extremely fortunate to be offered a part-time teaching gig last year. I jumped at it. It is wonderfully rewarding, and if a full-time gig becomes available, I’ll have some hard decisions to make. However… teaching is a red-tape nightmare. If I could simply teach, I’d be happy. Paperwork is a killer. If anything, my writing is an escape from the hard and fast rules of teaching. Processing time is little to none in my world. I do make a point to go and sit and think from time to time, but it is something that happens by virtue of a concerted effort. There is always something I could and should be doing. Downtime really is just procrastination. I’ve heard from other people who have been happy doing only one thing. I tend to find such people boring. Even when I only had one job title, I was juggling multiple stories, deadlines, projects, and side projects.

4) Do you have any advice off the top of your head for aspiring freelance writers just starting out?

Writers are a dime a dozen. People who fancy themselves writers often are wrong, and in today’s market there is always someone else who is willing to write better, more cheaply, on deadline, and without the attitude. The absolutely best thing any writer can do to endear him or herself to an editor is to do the story right (as in read and understand the assignment, get multiple sources, and proofread the thing before submitting it); communicate if there are problems/respond quickly to emails from an editor/and leave the editor alone otherwise because no one likes a high-maintenance writer; and meet deadline. If an editor can trust a writer, the writer will get more assignments. All that said, don’t be choosy. Prove yourself first with whatever schlock assignment you get. I do try to get to know my writers’ interests and cater to those interests when I can; however, there it is incredibly frustrating when trying to assign an article and the response back is, “That’s not really my thing.” I don’t care. Make it your thing. It is your job. Also, get your own camera — and a good camera at that. We require our writers to submit photos with their articles, and a writer who can’t even take a mugshot is of no use to me. Learn how to take good photos, edit files, and supply cutline material.

5) The magazine's website has an editorial submissions instruction tab. Does this mean you accept unsolicited articles, or do you respond to queries?

Sort of. Again, many people fancy themselves to be the next best thing, and often they are not. We get things in that are just… well… not what we’re looking for. However, I don’t pretend to know everything about everything. I’m interested in story ideas, and if a writer can show their work, he or she may in turn get the assignment. Some ideas get filed away for months. I’m being fairly strict and directed with the editorial focus of the magazine, which has made it a better product.

6) Is there anyone else in your field that you recommend that I talk to?

Talk? Not so much. Listen? Yes. Get in a newsroom. Observe what everyone is doing. Take mental notes. There are so many little things that go in to being a good employee that schools aren’t teaching. Make friends with the people who really honestly put the paper out – not just the tunnel-visioned reporters. Otherwise, READ! Learn how to tell a good story, which is really what writers do no matter the medium. For current writers, I particularly like Tony Horwitz and Sarah Vowell. Listen to This American Life every chance you get. Listen to A Prairie Home Companion. Talk to yourself about what you want to do, to be, to read, to write about. If you’re not interested in what you’re doing, no one else is going to be.
- June 19, 2011