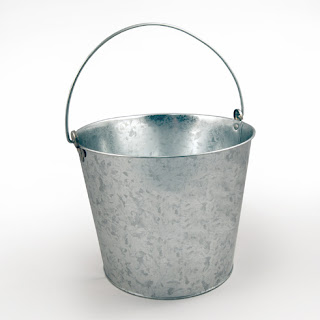 Next month I will turn 31. My hope is for the gift of a diagnosis.

Upon experiencing a stomach rupture from unclear causes on April 24, I was jolted out of the comfortable lull into which my family and myself had settled in terms of my health. Things had been quiet, perhaps too much so, and it is patently easy for one to forget the seriousness of one's medical condition when not actively in crisis. I myself have near daily reminders be they the fact that I am still (and for all appearances always will be) deprived of the sensations of pain and temperature on my right side; the nystagmus in my left eye that affects my vision and often leads me to close it so that I may better focus; the tremendous bypass scar across my mid-section that traces my ribcage; the adjacent scar from my kidney removal; the random aches and pains and twinges and generalized weakness that begin each day; and now the 11-inch scar that splits my abdomen, curving around the right side of my belly button, which is new enough to still itch and pull each time I stand up. Please note that I do not view these statements as complaints. These are simply statements of fact. They are characterizations of my body, which increasingly seems to have a life of its own independent of my soul. My body does what it wants to, regardless of my intentions for it. It and I have spoken repeatedly about the matter, and while I believe its heart is in the right place (the doctors at least have never given us any reasons to doubt that), it just never can seem to get – and keep — its act together.

The rundown is as follows:

Despite this rather extensive medical history and care from highly-qualified doctors, I have remained undiagnosed. There were theories. One from 2005 pointed to Takayatsu's Arteritis, an autoimmune type, progressive, and incurable vascular disease. Pathological examination of a sample of my artery taken during bypass surgery negated this theory, as no signs of inflammation — a hallmark of the disease - were found. As the years progressed the best we could get was "something like fibromuscular dysplasia." In short, the disease was first discovered in 1938; however, not much has been learned about it since. It is a vascular disease that most commonly affects the renal arteries, and in its primary form, the affected artery is characterized by a string of beads appearance. The result is a reduction in blood flow that, depending on severity, can result in organ failure. The second most common artery affected is the carotid artery, which supplies the brain with blood. No one knows what causes fibromuscular dysplasia (FMD for short). There is no cure, and there is no specific treatment — rather there is management of symptoms, which tend to occur seemingly randomly and include high blood pressure, kidney failure, ringing and/or swooshing in the ears, vertigo, headache, transient ischemic attack, stroke, Horner's syndrome, neck pain, and artery dissection. I have had ten of those eleven symptoms. The eleventh, the artery dissection, is missing only because we do not know exactly what caused my stroke. However, my arteries do not have FMD's signature string of beads appearance, which means that if I do have FMD, it is a rare version of it. The likelihood is that it is the intimal FMD variety. Intimal FMD is characterized by a long, smooth narrowing of the artery.

While in for a routine checkup at Bowman-Gray/Baptist Hospital in Winston-Salem, I discussed with my doctor my recent stomach rupture and how we were unsure of its cause. I brought up that I had been looking into FMD again, how it seemed like such a fit for my case, and how the Cleveland Clinic had a specialized FMD team. The team is one of five in the nation focusing on the disease. My doctor fully endorsed the idea, saying that if I hadn't wanted to pursue treatment there, that she would have wanted to start more testing at Bowman-Gray to see what else we could find out given the stomach rupture. With her blessing (and referral), I have requested an appointment at the Cleveland Clinic and am waiting to hear from schedulers as to when I can be seen. As an added bonus, my doctor at Bowman-Gray sent me home with a stack of medical records and surgical narratives to have on hand. I am a person who functions much better when I have detailed information no matter what the situation, and to be given in-depth information to read about myself was a thrill. I pored over the records and absorbed as much as I could, of course having to look up several medical terms. Two phrases of particular interest were rather amusing in their honesty: "findings are considered not specifically diagnostic" and "difficult to explain." That's the thing about FMD. It is hard to diagnose and it is difficult to explain since doctors know so little. By going to the Cleveland Clinic, I will be in the care of the few doctors who know the most of what there is to know about FMD and will finally feel like less of a medical and more of a diagnosed patient who can possibly serve as a research link to help discover more about the disease. The research these doctors are doing is in my Bowman-Gray doctor's own words "cutting-edge." It is an incredibly exciting time in life as a patient.

However, what you may have already read between the lines is that the effects of FMD can be quite serious. FMD in and of itself will not lead to death, though strokes, artery dissection, and organ failure very well can. The median age for FMD patients was last reported at 50. A median is not an average. It is a middle number, and well, it's the middle number between 0 and 100. I could live to be annoyingly old — or not. Such diseases often prompt a lot of dwelling on the "or not" part of living. The simple fact of that matter, which is also something we tend to forget, is that any one of us has the opportunity to become "or not" at every moment of every day. We could slip in the shower. We could be in a car accident. We could have a heart attack. We could be mauled by a wild animal. We could choke on a pretzel. We are very fragile creatures overall. I have long had a pragmatic view of my condition and have tried my best to continue on with my adventures passionately and fearlessly — after the stroke caused me to lose my job, I used my new found free time to enroll in graduate school, which was a challenge for my brain and my body but fed my soul. My studies have ensured that I will never stop learning and allowed me to fulfill a life-long dream of becoming an English teacher. My students fill my heart with joy. I also have reached the point in my writing career that I have risen to be managing editor for a nationally published magazine, a job that allows me to exercise my creative, people, and business skills and gives me a tangible product to show for my efforts. On a more personal level, I am married to a wonderful, patient, stoic man with whom I will celebrate my fifth anniversary in October. We have carved out a life of loving family members, furry four-legged children, a cozy home, and a unfailing dedication to one another.

As of yet, I have no regrets... and I want to keep it that way, which is why, at my husband's urging, I have begun work on a bucket list. My goal is to identify 100 things that I truly want to do before joining the "or nots," whenever that may be. Some of the items on the list are for myself and my husband or other family members. Some of the items are purely for myself. Some items may be placed on the list solely so that I may cross them off as there are things I have already accomplished that are worth recognizing such as having made my parents proud, lived on my own, changed a flat tire by myself, and stood up for myself. The point is that the list is a work in progress, much like myself.

2. Get more than a magazine article published — preferably a book

8. Have a ROCKIN’ wedding anniversary/recommitment

9. Learn to Latin dance — and do it well

12. Effectively tell someone off/stand up for someone in public and in the moment

13. Drive the entire length of the Blue Ridge Parkway

15. Cruise in and explore the Caribbean

19. Pay for something random for a random deserving person

20. Learn to play the hammered dulcimer

21. Wear an expensive beaded dress for a fancy dinner date and evening out

22. Raise awareness of whatever disease I am finally diagnosed with

23. Participate in research to help with the diagnosis of my disease

24. Help teach other patients to be proactive and involved in their healthcare

25. Ensure our financial security by living debt-free and investing well

26. Finish my master’s degree at UNC-Greensboro

28. Be the subject of/inspiration for a piece of artwork

29. Landscape the backyard to be more of a place for ourselves and guests to enjoy

30. See the Grand Canyon and stay at Cliff Dwellers Lodge in Lees Ferry – fly fish, ride a donkey into the canyon, stargaze
- June 11, 2011