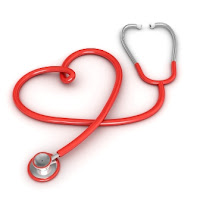 To lose a loved one on a holiday means that each year the anniversary rolls back around with festoons made grim by association.

I don't remember how old I was when my grandmother died, but I remember that it was on Valentine's Day. Mema had had a heart attack and was staying with my parents and me afterwards to recover. She had been doing well, but another episode landed her back in the hospital. My mother, father, and I were all dressed up and ready to go out the door for a Valentine's Day dinner together when the phone rang. I didn't know it at the time, but it was the doctors saying that Mema's heart had failed again. If my mother wanted to say goodbye, the doctors could keep Mema alive (or at least as alive as she could be) until my mom got there.

My parents dropped me off at a friend's house. They didn't come back to get me. I remember the phone ringing in the middle of the night, and I somehow knew that the call meant Mema had gone. In the morning, I called my mom and asked, "How's grandma?" The question caught me as strange. I'd never called Mema that. She was always just Mema.

I didn't cry until I got home. I opened my closet and there hung my Girl Scout vest, which Mema had been hand sewing my badges onto. That's what did me in. I took a small comfort in the fact that I had sent Mema a coffee mug covered with hearts and a white teddy bear inside it and a giant heart-shaped balloon that said, "I love you!" I knew that she had seen it before she died, and that at least I got to say what I felt for her, albeit in shiny, crinkly mylar.

My grandmother was 17 when she joined the United States Cadet Nurse Corps in 1944 through Grace Hospital in Banner Elk, N.C. The U.S. government established the program in 1943 to ensure that the country had enough nurses to care for patients both on the home front and at war. The Cadet Nurse Corps greatly increased our country’s number of nursing students, led to greater public recognition for nurses, and changed how nurses were educated and trained.

Mema only spent a year in Corps, but it was a year that shaped her future goals. My mother remembers the distinctive grey and white striped cotton of the summer uniform tucked away in a drawer. Mema's Cadet Nurse shoulder patch always remained with her New Testament.

Mema refused to let her dream of being a nurse die. She worked full-time as a licensed practical nurse while attending college, finally earning her Associate Degree of Nursing in 1976—31 years after leaving the Corps.

Perhaps then it is no coincidence that at age 31, I have discovered my own passion for healthcare. Upon being diagnosed with a rare type of a rare vascular disease (intimal fibromuscular dysplasia), I began writing about my own health experiences and working to both raise awareness of my disease and improve communications between patients and doctors. This type of writing falls within the realm of narrative medicine—combining the humanities and scientific thought, breaking down barriers, and providing a different medium through which to discuss the medical profession. Moreover, this type of writing has allowed me to find my meaning in the world.


I haven't celebrated Valentine's Day since Mema died. All the hearts and the red roses and the pink frilly things just come off as saccharine, manufactured, and meaningless. If one is going to love someone, one should love that person every day and show it every day because any day might be the day that person is gone.