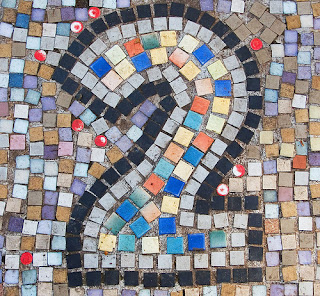 I've been on Twitter too much lately. It's the result of neuroticism on one hand and inefficiency on the other. I want to know what's happening even though it doesn't involve me. I'm afraid I'll miss something important that does or does not involve me. I'm sure there are better ways to cull the information, but I haven't learned them yet, so for now I'm simply compiling a great big list of links to visit later, which I'll probably never visit or will visit six months from now when they'll be irrelevant. It's hard work this keeping up and staying in touch.

And while Twitter is a new fangled type of great communicator, it is also an old fashioned time waster. Remember how once upon a time boredom prompted Googling of random words just to see what popped up? Now that same concept can be applied to the Twittersphere. Search for a random hashtag or key word and see what other people have to say about it. There's always humor to be found. And so, the AfternoonNapper brings you this Terrible Twos-day: Twitter Edition, Keyword "Two" — Real Tweets from Real Tweeps.

About to buy two gold fish and name them Cosmo and Wanda.

Babysitting my friend Derek's kids. Put season two of Breaking Bad on the TV and gave them soda. Derek's more of an acquaintance.

I'd normally be opposed to a remake of Footloose, but with two Mormons running for President, maybe we need a reminder.

Guess who has two thumbs and doesn't have to worry about making payroll for the first time in a decade? THIS GUY!!

What has two lightsabers and is more machine than man? #sithguy

The Octo-Mom got a twitter??? If so, tell her I'm trying to claim two of her kids on my taxes!

Just popped two Viagra and depending on how long it takes this Ambien to kick in either my wife or my pillow is having an exciting evening.

Everyone at my gym agrees: the best place for two people to have a conversation is in a doorway!

two days in finland and I have yet to eat any form of reindeer...i am so disappointed in myself
- October 04, 2011