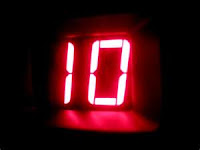 It was 3 a.m. when I arrived at the locked doors of the rural hospital that was my only option for miles. Doubled-over and panting, I pressed the intercom button and gasped my request to be let inside. There was a buzzing click. The doors parted. Instead of meeting a nurse, I met no one. The registration desk was vacant. There was no on in the waiting room. I paced about, flapping my hands, and growing increasingly uneasy. Where was help when I needed it?

A doorway on the other side of the registration desk opened, and a woman in scrubs beckoned me inside. The woman appeared entirely unconcerned with my state of unmistakeable physical duress. While I tried to answer her questions about insurance and previous surgeries, I buckled from the pain. Still non-phased, the nurse continued my interview as I, down on my knees, clung to a chair and answered her questions with my eyes squeezed shut.

Finally, taken into the ER, I was told I would have to wait for the only doctor working that night. So I did. I waited, and I waited. I have always taken great pride in my ability to remain calm in emergency situations and to be an agreeable, communicative, and dutiful patient. I do not make a scene. I do not make a fuss. It is my firm belief that being an overly-dramatic, screaming, crying mess does absolutely nothing to help my doctors actually treat me. My family members know this. They have been with me in the hospital on more than one occasion, emergency and otherwise, and will testify to my ability to keep cool under pressure. So as we waited for the doctor and I writhed on the floor, my mother, who was traveling with me, grew worried. Before we'd even left our hotel to go to the hospital, she had stated her fear that I was having a heart attack. At the hospital, she sat as calmly as she could, clutching her purse on her lap, and pointedly told the nurse, "We've been through a lot, and I've never seen her like this before."

Wallowing and writhing on the floor—sometimes hunched over and clutching the empty doctor's stool and sometimes curled into a ball against the wall—was less than attractive. I knew that. I had no other choice. I explained that when I had first begun experiencing the symptoms of mild pain under the curve of the left side of my rib cage that I had thought it was gas. The doctor, though still absent, ordered a GI cocktail, something that was explained to me as a cross between Mylanta and lidocaine. Though still huddled in a ball on the floor, I knocked back the shot of white stuff in a singular, desperate gulp and thrust the empty cup above my head. The nurse simply said, "Oooook..."My tongue went numb, but nothing improved. Finally, a nurse asked the ubiquitous question, "On a scale of one to ten, on which ten is the worst pain you've ever felt, how would you rate your pain?"

I lied. I think I said eleven. Hell, maybe I said fourteen. The problem with the one to ten pain scale is that it is completely subjective. What is my ten is not my husband's ten is not my friend's ten is not my doctor or nurse's ten. If I answered my trut, that I was at about a personal seven or eigh, I feared that I would not be taken seriously. my scale is based upon a medical history that includes throwing up and excreting blood so frequently that I've passed in and out of sleep on the bathroom floor; I have had organs removed; I have had a 15-inch horizontal abdominal incision.  half sideways for elaborate bypass surgery; I have had broken bones; I have had both my jaws sawed apart and screwed back together. I HAVE KNOWN PAIN. However, at any given moment the healthcare professional asking me about my pain on a one to ten scale doesn't know my pain in context. the healthcare professional doesn't know how it feels to be me.

On any given day, my pain is around a two or a three. I live with it. I am cautious take medications for it. Whether at home or in the hospital, I only make the request for meds when I hit a four and am headed toward a five. Perhaps I could cut myself a little more slack,  In my head, I reserve a ten for a pain that I have not yet experienced—say being run over by a train. Perhaps this is wrong of me because the pain scale question describes ten as "the worst pain you've ever felt" and since I've not yet been run over by a train, I don't know for sure what that feels like. Consequently, I have promised myself that if I am in a situation in which the pain is truly the worst I have ever felt, that I will answer, "This is my current ten."

I fear being classified as a drug-seeking patient, if I ask for medication at anything less than pain scale level of five or six. Yet, I also fear not being given adequate pain medication if I remain true to my personal experiences and classify my pain at a level that is less than whatever my healthcare provider thinks is necessary to warrant medication. It is a lose-lose situation in which there is no right answer for a patient to give. We must come up with a better way to communicate our pain and suffering and for healthcare providers to interpret pain and suffering without judgment.

The body responds to pain in physiological and measurable ways including pupil dilation, increased blood pressure, sweating, and increased rate of respiration. Healthcare providers placing a greater emphasis on these markers rather than on subjective numbers and pictures of frowny faces would increase the accuracy of pain diagnosis and management. These physiological symptoms can be applied both in the emergency setting—where at times patients are unable to communicate—and in the doctor's office where more time should be spent discussing these markers, the effect that pain—short term or chronic—is having on a patient's quality of life, and methods to reduce pain that do not involve drugs. Successful pain management will not only result in happier patients, it will result in healthier patients, as my own experience has shown that a patient who is not in pain has a greater willingness and ability to comply with doctor's orders to improve his or her health through activities such as physical therapy, emotional therapy, exercise, and diet.
2022 UPDATE:  The  CDC has released revised pain treatment guidelines. Here's a good read about it. Public comments on the draft guidelines are being accepted through April 10, 2022.  Patients are encouraged to comment.

This post is part of a blog carnival addressing pain scales that was organized by the amazing rheumatoid arthritis advocate Kelly Young. Kelly is known as @rawarrior and blogs at rawarrior.com. To read additional blog posts from carnival participants, please visit rawarrior.com.
- January 07, 2012