The Role of Biological Rhythms in the Management of Fibromuscular Dysplasia 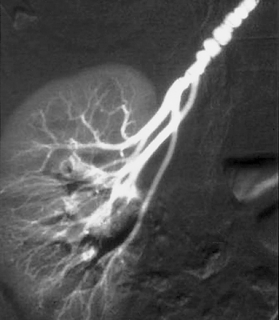 Fibromuscular dysplasia is a seldom seen arterial disease characterized by abnormal cellular development or growth. It is most often diagnosed in women, a fact that has led researchers to theorize that there is a connection between FMD, as it is known in short, and hormones. A second postulation is that the disease is a genetically based development disorder. These theories—and others—remain exactly that, and the disease’s cause remains unknown at this time. However, there is evidence that chronobiology-based treatments may have a role in managing fibromuscular dysplasia.

Unlike more common diseases such as diabetes or cancer, FMD is not clearly symptomatic. Diagnosis is often stumbled into after arterial condition has deteriorated so as to manifest a vascular event such as high blood pressure, kidney failure, or stroke. Additional manifestations include a bruit heard within the carotid arteries, swooshing sounds in one’s ears, ringing of the ears, vertigo, dizziness, headache, neck pain, transient ischemic attack, arterial dissection, intracranial aneurysms, and Horner’s syndrome, a rare disorder that occurs when select nerves that travel from the brain to the eyes and face are damaged, causing a drooping eyelid, decreased pupil size and decreased sweating on one side of the face.

Imaging such as magnetic resonance angiography or arteriogram is the prescribed method for diagnosing FMD, which in its medial form presents a “string of beads” appearance in the affected artery. The less common and more aggressive form of FMD—the form with which I am expecting to be diagnosed at the Cleveland Clinic on August 3—causes arteries to become extremely narrowed or completely occluded without the hallmark string of beads appearance. The disease is incurable and, unlike arterial diseases such as Takayasu’s or Wegner’s arteritis, cannot be treated with steroids or other medications. Surgery often is required to maintain or restore affected arteries’ patency.

For now the best—and only—form of management for FMD is repeated screenings to monitor patients’ arteries and for patients to foster good health practices common to other vascular patients such as not smoking and eating a balanced diet. However, patients and doctors would be well advised to implement precautions based on biological rhythms into routine FMD management. “A group from Harvard estimated this risk and evaluated that on average, the extra risk of having a myocardial infarction, or heart attack, between 6 a.m. and noon is about 40 percent,” said Roberto Manfredini, professor of internal medicine at the University of Ferrara in Italy, in an article on the most likely time for one to experience a heart attack published by TimeHEALTH. “But if you calculate only the first three hours after waking, this relative risk is threefold.” Manfredini explained that the body’s cardiovascular system follows a circadian rhythm and that functions carried out in the first waking period of the day require that the heart receive more oxygen at the same time that cortisol raises blood pressure and catecholamines increase heart rate. Though we may feel groggy, our body is ramped up for action.

Furthermore, Manfredini explained that morning is when blood platelets are particularly sticky and prone to adhere to vessels. “Usually we have an endogenous system—it's called fibrinolysis—to dissolve the thrombi. But in the morning, the activity of our fibrinolytic system is reduced,” he said. Sleep itself is dangerous as its final stage—REM sleep, when most dreaming occurs—is marked by an activity increase in the autonomic nervous system, which affects heart rate, respiration rate, perspiration, and sexual arousal, among other things.

“It's probably difficult for people to minimize the effects of their own biological rhythms. For example, you cannot avoid your morning risk by simply waking up later,” Manfredini says. The argument therefore exists that patients with high blood pressure, regardless of cause, take their medication at bedtime so that, assuming one pill offers 24-hour coverage, the medication is in a higher concentration in the morning instead of petering out on the verge of the next dose. Given FMD patients’ pre-disposition for stroke, transient ischemic attack, arterial dissection, and intracranial aneurysms, it is wise to keep blood pressure in control and keep naturally-occurring morning peaks from further stressing the system by taking medications to lower blood pressure, such as prescription diuretics or Norvasc, at night. Given the same proclivities, ensuring that blood-thinning medications such as aspirin or Plavix are taken at night so as to reduce morning risk is recommended.

FMD is most frequently seen in the renal arteries and may reduce blood supply to the kidneys. The result is emission of the enzyme rennin, which raises blood pressure to force blood through the kidneys, and reduced kidney function. Impaired kidney function means that the body cannot properly flush itself of waste. FMD patients in particular should not take nonsteroidal anti-inflammatory drugs (NSAIDs)—common over-the-counter pain relievers—which reduce the catalytic activity of prostaglandin synthesis. A prostaglandin is a lipid compound derived from fatty acids and produced throughout the body. Prostaglandins have a variety of physiological effects including increasing the glomerular filtration rate—a measurement of how well a kidney functions—as well as constriction or dilation in vascular smooth muscle cells, found in all blood vessels. An FMD patient taking NSAIDs thereby inhibits his or her own kidney function and the synthesis of prostaglandins, the vasodilatory variation of which is being researched as a modulator of vascular smooth muscle cell growth. FMD is marked by proliferation of smooth muscle cells. The discovery of two cyclooxygenase (COX) isozymes—COX-1 and -2—has launched a new line of drugs with potentially fewer side effects than NSAIDs as well as shed light on the role each play in the biological rhythms and homeostatic maintenance of the gastrointestinal tract, renal function, blood clotting, pain, and fever.

A downside to the recommendation not to take NSAIDs is that FMD patients have limited drug options to treat pain caused by inflammation. Chronotheraphy studies of other diseases marked by inflammation have shown positive results. Osteoarthritis pain peaks at night while rheumatoid arthritis pain peaks in the morning. Drug dosages are consequently timed to match peak blood levels of the drug with pain. The research indicates that there is a biological cycle to inflammation, the further study of which could give FMD patients a way to help manage pain caused by inflammation without NSAIDs and to treat pain with newly developed COX-2 targeting drugs at optimal times. “Chronotherapy is not well recognized in the medical community but awareness is increasing,” said Gerald Sokol, M.D., an oncologist with the division of oncology in the Federal Drug Administration’s Center for Drug Evaluation and Research. “The implications are broad in every area of medicine."