We Are What We Eat 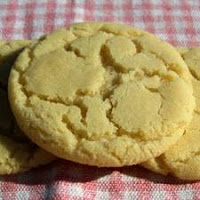 I didn't exercise today—or really any of the days before that. Exercise hurts. It makes me tired. I am afraid of doing too much and hurting myself. I made sugar cookies last night. I used real butter and real sugar. There are no more left today. I had a burger and fries for dinner tonight. The burger had cheese on it. I had a side of ranch for the fries.

I have had triple bypass surgery. I have had a stroke.

Do you blame me for my disease?

I would not expect you to do otherwise.

You do not understand my disease. My disease has no known cause and no known cure. And despite my having made decisions not to sweat off my calories consumed and not to eat smart, the fact is this—my disease manifested when I was a scant 95 pounds, horseback riding six days a week, and eating next to nothing because the pain I experienced upon eating was too much to bear. My disease, though vascular, does not involve plaque, or heart attack, or obesity. My disease is the result of abnormal cell growth within the artery. There is little I can do about it. The only thing that I can do is take good care of my body. And there's the sticking point.

In 2005, surgeons bypassed my renal, celiac, and mesenteric arteries. My renal artery was more than 90 percent closed off and my kidney was dying. My celiac and mesenteric arteries were completely closed, and the resulting loss of blood flow to my digestive organs caused violent vomiting and diarrhea in addition to burning and stabbing pain so intense that, when not slumped on the bathroom floor, I would pace the floor, my fingernails clawing marks into my palms. The bypass surgery immediately relieved all my suffering. I had spent nearly two decades living with a fear of food and that at any time and in any place, I could become crushingly and seemingly inexplicably ill. The change was so dramatic that I no longer knew my body.

In the wee hours of the morning a few months after surgery, I was parked outside my local hospital's emergency room, crying, debating whether or not to go inside because I had a strange burning sensation in my chest. I had become so used to dealing with pain that I continued to wait, and as I did the antacids I had taken began to work. As the pain subsided, so did my anxiety. Antacids had never made a dent in my old body's symptoms, but my new body, suffering nothing more than heartburn, responded to the chalky pills. I felt stupid. I felt betrayed. Even if my old body caused me misery, at least I was familiar with it, so what was a victory became something new to overcome.

It took me more than a year to become comfortable with my new body, and even then there was the decidedly undesirable side effect of losing control of my bowels while I slept—a raw truth I share because I wish no other patient to feel so embarrassed and alone for as long as I did. Only this year did my relationship with another patient who shares my disease and who had a similar surgery allow me to discover that I was not the only one to experience this effect. It was one that I had been cautioned about upon having my gallbladder removed nine years prior, but it never manifested to the same degree as it did post-bypass. Though physically pain free, my pride was near mortally wounded on more than one occasion.

Within a year's time, I had had surgery, gotten engaged, and subsequently acquired a live-in fiancé. The fiancé and I got married; we got a dog; we bought a house. In 1967, psychiatrists Thomas Holmes and Richard Rahe studied more than 5,000 patient medical records to determine if there was a correlation between stress events and illness. They came up with 43 life events and assigned a point value to each. A score of 300 or more points within a year was said to contribute to illness; a score of 150-299 meant a moderate risk; a score under 150 meant little to no risk. I was at 366. (My new husband was not far behind.)

Though still barely within my BMI range, I weighed more than I had ever weighed. In college and pre-bypassm I had shopped in GAP Kids or wore at most a size 2. As an adult, I was around size 4 to 6. I'd crept up to an 8 or even 10. And then, I had a stroke. The stroke a complication of my vascular disease, which as best as the doctors could determine was a blockage or perhaps related to the four cerebral aneurysms they later found. My bypass failed because the diseases' abnormal cell growth had again grown the arteries closed. And so again, I ate. I ate uncertainty and impaired ability and unfairness. I ate guilt and dependency and frustration.

And I never stopped.

It would be so much easier if I could force feed a cake directly into my heart and inject gravy directly into my head to fill the voids that are torn into them. Food does not judge. Food does not forsake. Food will never see my vulnerability. Instead I forsake myself, give in to my vulnerability, and consequently judge myself and find myself lacking because I can not, or at least am not, doing the one thing that I can do to help control my disease, which is to treat my body well. It is not a diet that I need. I need a better way to binge, if not for my soul, then upon it.
- January 23, 2012