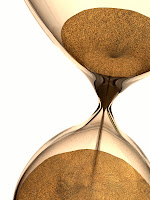 After Chris Boyer read my blog post, he felt that I had mis-characterized his tweets to prove a point. He posted a comment to say exactly that (see below) and tweeted it. Never one to let sleeping dogs lie, I tweeted back that I took exception to use of the word mis-characterization as it implies intent—and frankly, I'm not stupid enough try to slander or prove wrong the Director of Digital Marketing & Communications for Inova Health System and a member of the Mayo Clinic Social Media Advisory Board. I am but a wee blogger and ePatient. My network and scope of influence is, to steal a term, 1G. Boyer's is 5G+. Boyer presented at the social media conference at the Mayo Clinic (#mayoragan) today about the exact topic that came under discussion during the aforementioned #hcsm chat—ROI. Apparently, the packed house ate it up, loved it, downloaded it, quoted it, and in the end, sang along to it because Boyer did a little ditty on the ukulele. I didn't get to see or hear any of it. I was home following along on the Twitter feed singing an extra piteous version of "Alllll byyy mysellllfff... don't wanna be allll by myyyyysellllffffffff" because as a patient and a blogger (and for extra pity—a teacher and a professional writer) I can not begin to afford to go to conferences like that at Mayo on my own accord. There are a bazillion other things I can not begin to afford—an iPad, a real vacation, someone to finish painting the bathroom, my medications—but I digress.

So I tweeted back to Boyer that I took exception with the implication of his use of "mis-characterization" and—for the record, I also take exception with his saying I "cherry-picked" out his tweets because it took a heck of a lot of time to go back through and piece together the relevant parts of the conversation without one of those handy Twitter transcripts, and I took pains to make it coherent, and no, I did not include everything that was said in the whole chat because it wouldn't have made sense to readers. For transparency's sake, there are screen shots of all of Boyer's tweets from the #hcsm chat during the time period in which the topic of ROI was discussed and during which I was part of that conversation. Boyer asked that I mention a tweet that came through after I'd left the conversation, which I am happy to do and which is this: "We should all strive to give the best care, have the best relationships and be fiscally sound with health care social media. Simple." In my tweet back to Boyer (really, it was only 140 characters) I said that perhaps his statements had been misperceived, and if so, how do we fix that—overall.

Robert West, a medical faculty member at SUNY and Twitter personality, had seen my tweet about my blog post and responded, "Well-written post! Gr8 take-home message. Chris just needs to iron out some of the kinks in his communication platform. :)" I've followed West for a while now and think he has intelligent and thoughtful things to say, so I was please to receive these words from him. "It's all about having the discussion and approaching the problem from several perspectives. Thx for your kind words," I replied. West tweeted back, "Agree. And you made a valuable contribution to the #hcsm community." Awesome, right? So I was more than a little confused when Boyer and West seemed to switch stances. West replied back to Boyer's "mis-characterization" tweet, saying "though points raised were very good, I give u benefit of the doubt" and then Boyer wrote back to me and West saying,"I liked your post, and agree with you. My point is the term 'ROI' should only be used for financial conversations."

Is that enough he said/she said?

My point is this: I generally stay away from having opinions. It is my belief that one should only hold—or at least voice—an opinion about things that one is truly educated enough about to explain an opinion without using TV clips of talking heads as a reference or the phrase "one time I read an article about..." Unfortunately, most of the general public doesn't share this belief with me, which is why everyone over 18 gets to vote and why, generally speaking, our critical thinking skills have gone to hell in a handbasket. Since I refuse to argue an opinion on things I know little about, that means that I am wonderfully interested in a thoughtful debate and will happily take in all sides because in the process, I am learning more, and learning more is always good. There are some things though that I know enough about to take sides on—mayonnaise is gross on French fries, the Cubs will never win the World Series, dead Christmas trees make wonderful, if not quick, New Year's Eve entertainment, outdoor showers are neat, and me. I know about me. I know how I feel.

So when the participants at the Mayo Clinic social media conference were tweeting their way through Boyer's talk and when I saw the tweet quoting Boyer about calculating the value of a patient over time all I can say is this—my heart sunk.

Boyer is, as I have come to realize, a cog in the machine. He genuinely likes numbers. One of the tweets that came across today from his presentation at Mayo quoted him as saying that everything can be measured and he even kept track of how many downloads there were of his handy ROI worksheet (65). For Boyer, it seems measurement is akin to godliness in that if something can be measured it can be neatly and succinctly broken down into little parts and studied. It can be made to make sense. It will be logical. It will be right or it will be wrong. End of story. Granted, we need people for whom the world is so perfectly parsed. I am not one of those people. I do not ever want to be one of those people. I am the person who is given a set of rules and (nearly) immediately throws the rules out the window. Rules are too stiff of a structure to define my life. Nothing about my life has followed the rules.

Here's the part where I over-emote and over-share:

I do not say this to complain. I say this to shed light, to be transparent, to perhaps help others who are struggling to cope. I learned to be fluid. I learned to stop keeping track. I learned to let go. I learned to let the path meander. If I attempted to calculate all that I have lost versus all that I have gained, I feel it would be impossible. How can one calculate the cost of lost time, lost potential of a human soul? How can one calculate how that soul has grown as a result of those losses? I lament what has gone. I cherish what has developed. No part of that is clean, neat, and logical, and anyone who tries to say that it does may as well go ahead and share with us the formula for love as well.

While loss and life and love is not at all what Boyer is talking about when he crunches the ROI numbers, it is what I, as a patient, feel deep in my nauseated stomach and tight in the center of my chest and flushed on the span of my cheeks. Give me a number for that. When it is late and I am alone and I am terrified that I will not have the time, the life to finish the things I feel I must do, give me a number for that. When a friend or a doctor reaches out through a social network to provide some sense of solace  and the Tweet isn't reTweeted, and the blog comment isn't seen by anyone else, and the Facebook post only gets clicked on once, give me a number for that. Maybe I can add all these numbers together and they will increase my value as a patient because I am worried about what happens when a patient's value runs out.
- October 19, 2011